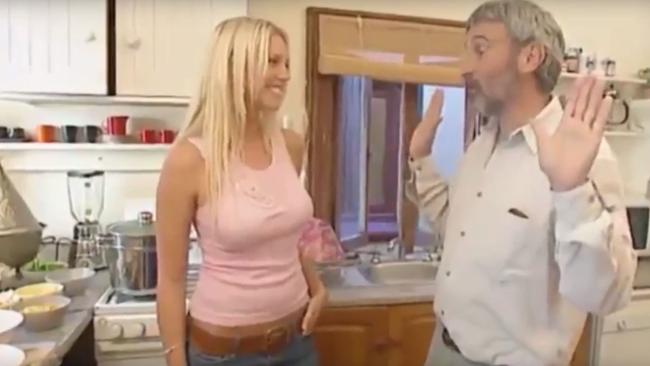 Today, Don Burke has been accused of a range of allegations, some of which are criminal. His statement in response is just as terrific as the statements of those accused before him which have been hilariously analysed in this piece, Can you at least proofread your shitty statement about the Sexual Misconduct allegations against you?.

Allow me to interpret Burke’s statement for you.

I am deeply hurt and outraged at the false and defamatory claims made in your correspondence. It is evident that these baseless claims concern statements from a few ex- employees of CTC Productions who bear grudges against me.

Women can be so crazily organised and the fact that they all made the same sort of allegations is hugely coincidental and freaky.

I also believe that this publication is opportunistic and intended to severely damage my reputation, by trying to link my alleged behaviour with the appalling behaviour of Harvey Weinstein, which has gained a lot of media traction.

If Harvey had just kept it in his pants, not one of these women would have got these crazy ideas into their heads and all said them all at once. Harvey has a lot to answer for.

I loathe the reported behaviour of Mr Weinstein and hope that the legal system deals with him in such a way as to prevent this happening again. The bitter irony is that I have had a lifelong opposition to sexism and misogyny, Burkes Backyard was a lone bastion of anti-misogyny from its inception in 1987.

I can’t be bothered putting an apostrophe in Burkes because I am so overwhelmed by the bitter irony that is happening right now. I have been listening to Alanis Morrisette’s, Ironic, all morning and have found no answers there. You may have felt like the 1980s had progress for women in the form of the Office for the Status of Women in the Hawke Keating years and the passage of multiple laws to safeguard women’s rights but the real story was: they were nothing absent Burke’s Backyard with or without the apostrophe.

This was evidenced by me deliberately choosing many women to be regular presenters on this program who were them because they were the very best in their field truly outstanding women like Densey Clyne, Rosemary Stanton and Jackie French (who was awarded Senior Australian of the Year a few years back).

As we all know, it is anti-misogyny to let older women speak at all, let alone on television where people can see them. No one who is a misogynist would bother with women that old. Check mate, Tracey Spicer. Again, my grief has made me unable to to put a comma between ‘field’ and ‘truly’; people will understand me through the apostrophe averse tears.

These women, in Jackie French’s own words, were not the typical media females aged under 30 and with Barbie doll figures and Don faced considerable opposition to having them on prime time TV.

I’ve slipped into the third person now for no reason but I want you to know I’m still speaking from the heart and no one drafted this for me. I am having a lot of emotions. I am using Jackie French’s own words because I would never ever notice someone’s figure. I just see people – are they old or young or boobed? I don’t even know.

They were there because they deserved to be there. The media has never appeared to notice this anti-misogyny.

When will people give me the credit I deserve for putting old ladies on television? When?

Even the most cursory of glances at BBY should have evidenced this obvious fact.

They were hella old. Also, I have stopped writing Burke’s Backyard because Im pretty exhausted at this point in the statement.

For the record, in this matter, I believe I am a classic sitting duck.

What a classic! Sitting ducks are classic now like those Boonie dolls that VB put out for the cricket. Classic!

I created the program BBY. I became executive producer of it and was co-director of CTC productions, the company which made BBY. I am a sitting duck because I was also the main presenter of this eponymously-named program This is almost unheard of in the television world.

I looked up to God and said, “God! Why are you punishing me for being so successful?”

I largely ran the program and oversaw the hiring and firing of employees. Inevitably, this led to me being involved in the dismissal of some employees who underperformed or who behaved in an improper manner.

Accordingly, there would be a small number of these ex-employees who still bear a strong grudge against me. It is evident, that you have obviously been dealing with these ex-employees and as indicated above, you need to do proper screening and background checks in order to publish an accurate report of events.

It is impossible to fire people without them accusing one of sexual misconduct. That’s just science.

I absolutely dispute the claims of bullying, and wish to point out that BBY was a prime time TV show where excellence was essential. If even one or two employees in the BBY team were below standard, this could lead to the cancelling of the program and the loss of the jobs of about 40 people.

Don’t hate me if I had to sexually harass people because otherwise 40 people would have lost their jobs.

This is the nature of prime time TV. So yes, there was pressure on each and every member of the BBY team to perform at a high level. My perfectionist management was the prime reason for BBY lasting 18 years on prime time TV.

Don’t hate me; I had an enormously successful show.

These untrue claims will inevitably destroy my ability to perform my extensive charity work such as my 25-year plus association with Retina Australia (youth blindness).

It will also destroy my association with Asbestos Awareness where for over 10 years I have tirelessly worked to save the lives of renovators and tradespeople.

I am also associated with charity work of the department of Concord Hospital and many other charities and community groups.

These untrue claims will also destroy my income for the rest of my life. I have solid relationships with Scotts Australia, Celebrity Speakers, and many other groups. Already these mischievous claims have led to some thousands of dollars of cancellations of appearances.

So next time someone thinks about shedding light on sexual assault, could you just take a bit of responsibility because you could be causing people to have mesothelioma or youth blindness. That’s on you, ladies.

Now, I respond to the specifics of these intentionally destructive claims:

The rooftop incident never occurred either then or to any other female ever.

I did not say, “You’ve got small tits, no one would want to touch your tits.”I used the word boobs.

The Alice Springs story never occurred, BBY did not take researchers when filming and I can find no record of this event. No such inappropriate behaviour occurred with anyone and no such video has ever been sighted by me. I did not and would not show anything like that to anyone, male or female. No foot pushing or similar episode ever occurred and no comments concerning not working out ever occurred.

I have a team of people looking for evidence of this. They can’t find the evidence.

My staff and I regarded the CTC productions workplace as being a very safe workplace and I am very happy to provide female and male witnesses to affirm this.

We kept the shovels blunt and had fire blankets in the kitchen.

The story about the reporter quoting me is a total fabrication. BBYs long-term receptionist is a dear friend of mine and no such words were ever uttered by me.

She was not that thin but y’know.

I never commented on the body shape of any family member.

Not a single family member.

No payouts were ever made, nor were any complaints of this nature ever received by me or anyone in his company. I also was never informed of any complaints or payouts by Channel Nine.

I didnt have to make any payouts because Channel Nine never considered this to be a real thing. They’ve actually admitted that which is tremendous.

Lastly, it is very evident to me that (Tracey) Spicer has fallen into a small clique of malcontents who were ex-employees of CTC productions. They must have referred her to others in this clique.

When Ms Spicer spoke to people who refuted what the malcontents were saying, she appeared to dismiss what they said it seemed clear that she had made up her mind before contacting them.

She had her Weinstein headline and nothing was getting in its way. This is unfair and unworthy journalism. I enclose records of interviews from ex-employees who were contacted by Ms Spicer. All are highly ethical people who would never tolerate behaviour such as you have alleged.

I am so angry right now I went out and ripped out some geraniums then repotted them firmly and added some Seasol.

Jackie French was a reporter on BBY and was Senior Australian of the Year a few years back, Michael Freedman was CEO of BBY for many years as was James OSullivan; all three are willing to stand up in public forums or court to verify what they have said. There are others in this boat as well.

I have at least three people in my corner.